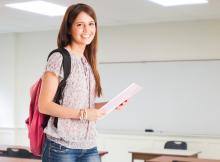 In APA style, you will most likely need to describe a number of tests, measures, and theories, among other things. Your first impulse might be to capitalize everything because you will use specific names, but capitalization is not always acceptable. Here’s a brief guide to capitalization in APA.

In general, do not capitalize the words in names of theories. Capitalize only people's names, for example, Gardner's theory of multiple intelligences and the cognitive learning theory.

Capitalize only exact, complete titles of tests. Do NOT capitalize shortened or inexact forms, for example, the Minnesota Multiphasic Personality Inventory vs. the Minnesota inventory and the Stroop Color-Word Interference Test vs. the Stroop color test

Note: You should always capitalize place and people names (when they appear in names of theories, tests, or anything else).

Many tests in the social sciences contain subsections called scales. Do not capitalize the words “test” or “scale” if they refer to subsections of tests but do capitalize the actual name of the scale, for example, the MMPI Aggressiveness scale and the MVPI Aversions scale.

For an experiment, you will

likely need to discuss different groups of participants. One group will be the control, for which you do not apply “treatment.” Then you'll have one or more groups that do receive “treatment.” You may refer to these treatments as “conditions.” So when do you capitalize group and/or condition names? 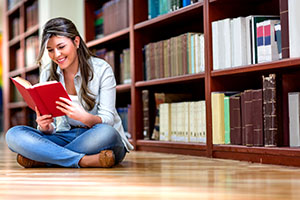 ex: the experimental and control groups

ex: the lecture condition group and the

The only time you do capitalize is if you assigned them letters or numbers (e.g., Groups 1 and 2 and Conditions A and B).

Capitalize factors, components, trials, and items when they precede a number or letter (not a variable) but not otherwise, for example, Factors 1 and 2 vs. Big Five personality factors and Trial 2 vs. trial n (where n is a variable indicating how many trials there are).

Only capitalize brand names, not generics. For example, you do not capitalize sertraline (the generic name), but you do capitalize Zoloft (the brand name for that generic).

In names of health conditions, only capitalize people words, for example, Crohn’s disease and diabetes.

Capitalize the names of specific departments within specific universities or companies not uses that are more general, for example, Cornell University’s Department of Linguistics vs. a department of linguistics.

Capitalize the names of specific courses (exact titles) not uses that are more general, for example, Linear Algebra 1 vs. mathematics courses.

Titles of Books, Articles, and Journals

In the text (the body of a paper), capitalize the first word, the first word after a colon, and all major words (not “a,” “an,” “the,” or prepositions or conjunctions of 3 or fewer letters).

ex. The Journey Toward Reconciliation (“toward” is capitalized even though it’s a preposition because it has more than three letters)

In the reference list, use the same rule for journals only. Articles and books take all lowercase except for proper nouns (e.g., United States), the first word, and the first word after a colon.

Capitalize the name of the section but not the word “section,” for example, the Method section.

Do not capitalize other words referring to other common parts of books, papers, or tables, for example, page 13 and row 7.

There you have it, a brief overview of capitalization in APA style!